Your browser is unsupported

We recommend using the latest version of IE11, Edge, Chrome, Firefox or Safari.

Our High Energy Physics group's Quarknet program introduces high school teachers and their students to high energy physics. Since 2000, we have held Summer workshops at UIC. The central focus of our program is the design, setup and operation of cosmic ray detectors in high school classrooms.

Teachers and students have constructed their own detectors and have used them to detect cosmic rays from exploding stars to measure:

Our teachers have also contributed to hardware development for the High Energy Physics experiments at Fermilab and CERN. They analyzed dimuon data from the CMS experiment during workshops.

A central goal of the UIC QuarkNet program is to provide a table top High Energy Physics particle detector for each participating high school teacher, for use in their high school classroom. The apparatus is self-contained, portable, capable of detecting charged, high energy particles, and sending that data to a standard PC for further analysis. SInce 2000, each QuarkNet high school group has assembled a detector, based scintillating plastic during summer workshops. They have used their own detectors to detect cosmic rays from exploding stars.

You may want to ask a question or two. What can we see with this detector that is not visible by eye? Why bother? We can observe elementary particles called muons that are created when cosmic rays, consisting of mostly protons, collide with the upper atmosphere. The cosmic rays originate outside of the solar system, probably from exploding stars, and they are so energetic that they are traveling very near the speed of light. The protons hit the atmosphere and create many new particles in a narrow cone, called a particle shower. Note, this particle creation is an example of Einstein’s equation equating energy and mass E = Mc2. Some of these produced particles are unstable and decay quickly to muons. The muons are much like heavy electrons, but they don’t interact much with the atmosphere and can reach the surface of the Earth, where we detect them. The other particles in the shower interact more strongly with the atmosphere and stop in the upper atmosphere.

By measuring these muons, we can investigate three separate fields:

The muons that reach our detector originally have energies of greater that 3 GeV. To illustrate how large an energy of one GeV is, we give several examples using the electron volt (eV) energy unit. (The G in GeV stands for giga = billion = 1,000,000,000 = 109 An eV is a unit of energy convenient when discussing atoms. Atomic energy processes, which underlie chemistry, typically involve energies of 1 eV, and visible light photons given off by atoms carries approximately an eV of energy. Formally, and something we can immediately forget, an eV is the amount of energy gained by an electron when it is accelerated through a one volt electrical potential.

A penny with mass = 2.5 gm gains 1.5×1016 eV (otherwise known as 2.5×10-3 Joules if you have taken a physics course and are familiar with other energy units) when you drop it vertically 10cm. That energy is so large because the penny contains so many atoms (2.4×1022 atoms). We are more interested in the energy carried by each individual particle. Each atom in the penny would have gained only 6.4×10-7 eV due to its fall to Earth.

Carrying less than one eV of energy per particle are radio waves with approximately 10-8 eV and microwaves with 10-4 eV. Other particles carry more than an eV of energy. X-rays have 1000 eV (keV) and gamma rays that come from nuclear physics have 1,000,000 eV (MeV). Our muons have at least 3,000,000,000 eV (3GeV) of energy. They are not even that rare. You have 10 muons created by cosmic rays from outer space, going straight through your body every second.

No natural process in our solar system can create energies above a GeV. We know that the cosmic rays come from outside of our solar system, because not even the hottest source in the solar system, the core of our Sun, which is powered by nuclear physics, can make particles with high energies above several MeV (sources of cosmic rays). It is postulated that one source of cosmic rays come is exploding stars (supernovae). So, the cosmic rays that we observe on Earth are really tiny pieces of distant stars that have exploded long ago. Humans can produce higher energies. The highest energy particles produced on Earth, have 1000 times the energy of our muons (1012 eV = TeV), and are produced at the Tevatron accelerator at the Fermilab National Accelerator in Batavia, Illinois.

Cosmic rays with even higher energies exist, but the rate of cosmic rays decreases quickly with increasing energy. The highest energies ever observed are approximately 1020 eV. Although these very high energy particles were seen by astronomers in an early version of the Fly’s Eye experiment, their source is not yet understood. They are the focus of the  Pierre Auger Observatory in Argentina, whose director emeritus talked to us about our cosmic ray experiments at our first QuarkNet summer workshop. 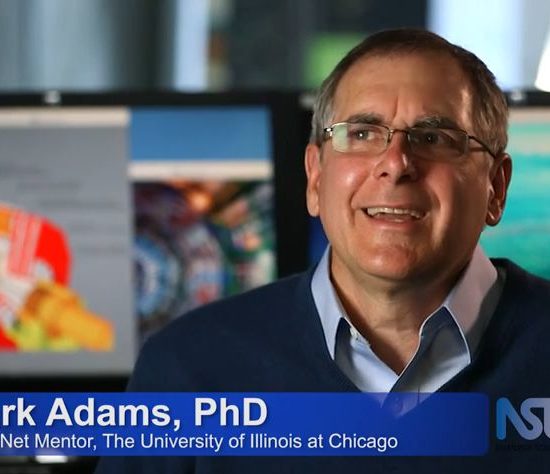